This page contains annotated screenshots of most UI components, detailing the configuration options of each field across Nodes, Networks, DNS, Ext Clients, Users, and more.

When you start Netmaker for the first time, you will be prompted to create an admin account from the UI like below 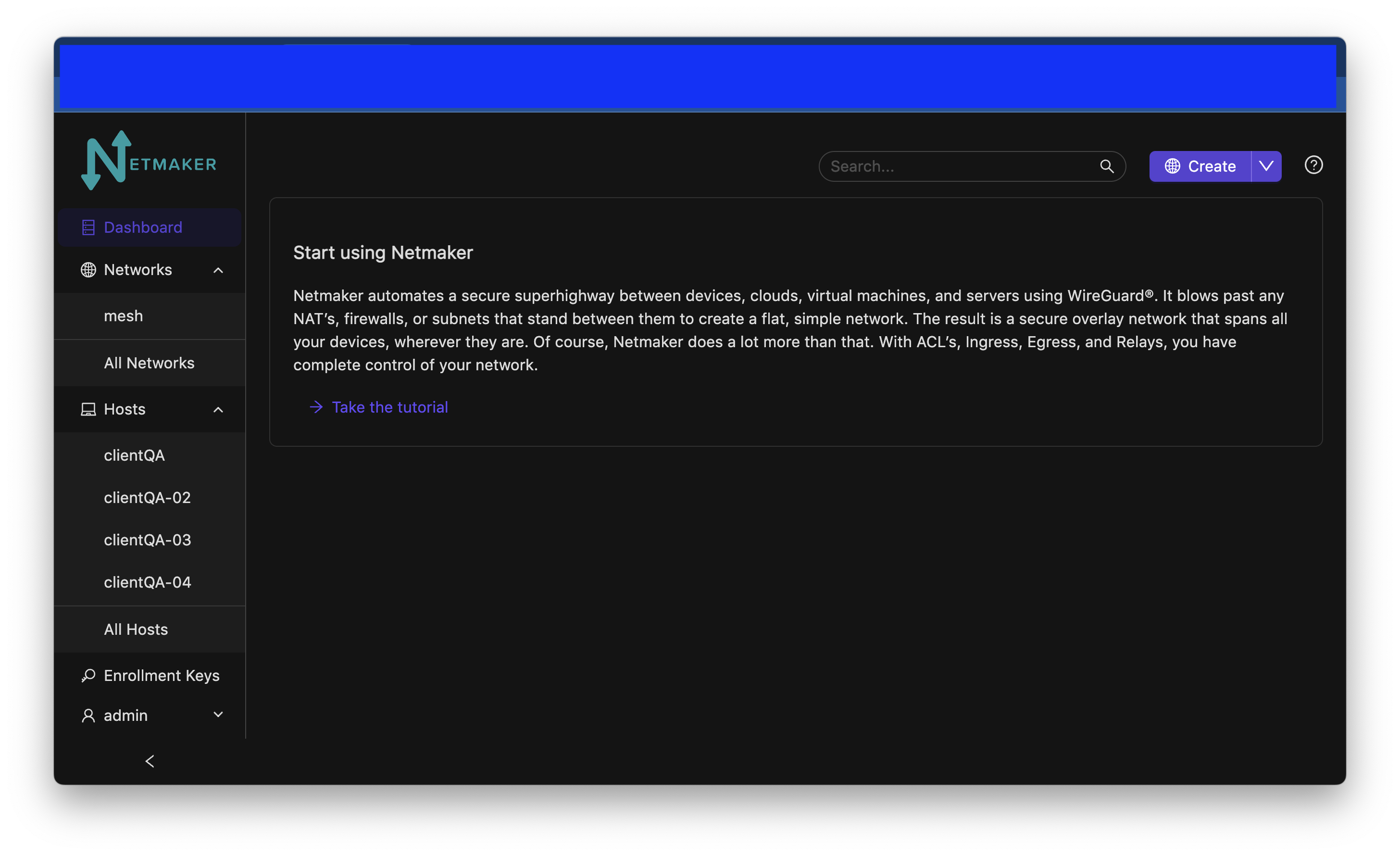 NOTE: With the exception of Address Ranges (1-2) any setting that affects nodes will not take effect on existing nodes. It will only set the settings on any new node, after the setting has been changed. 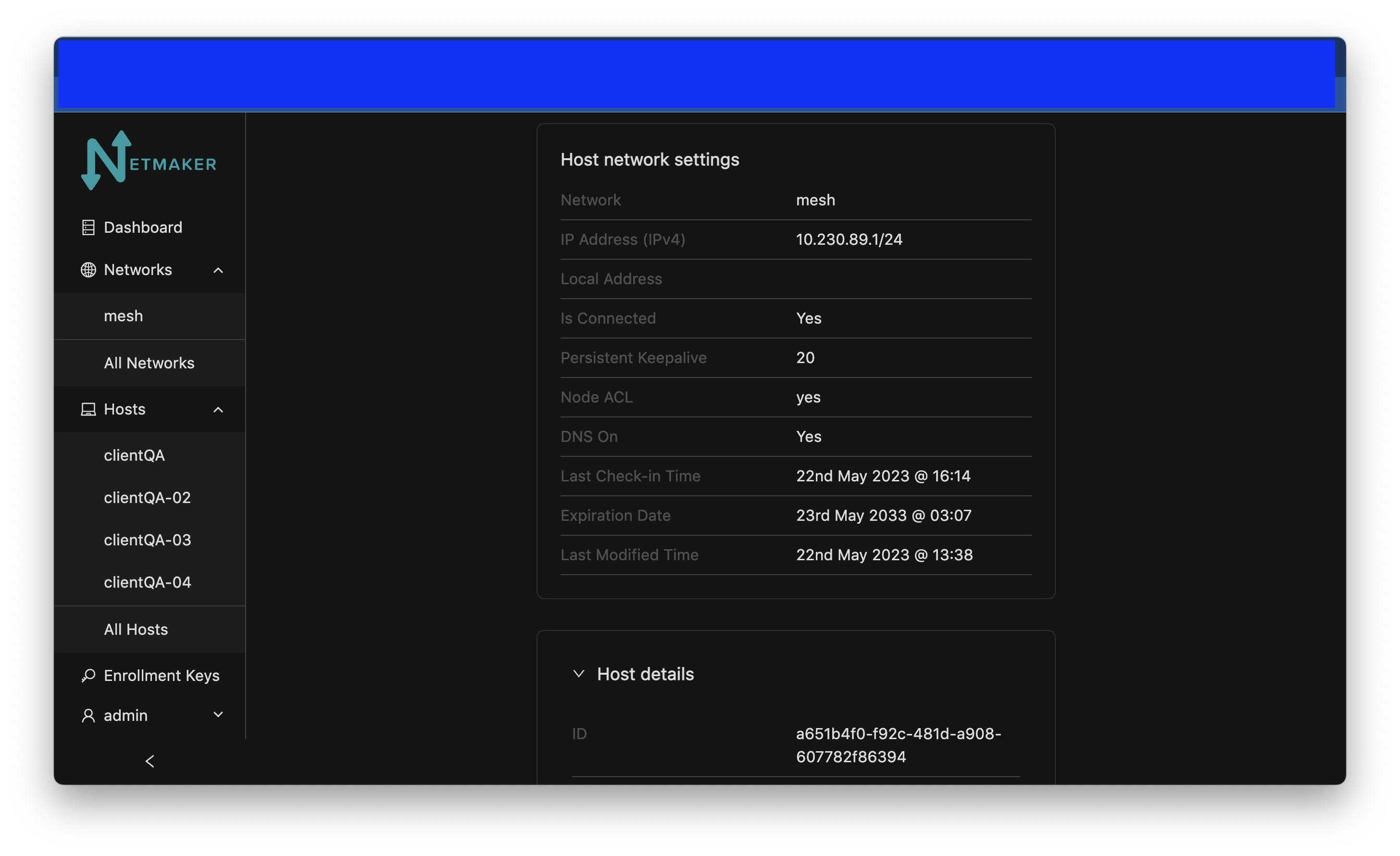 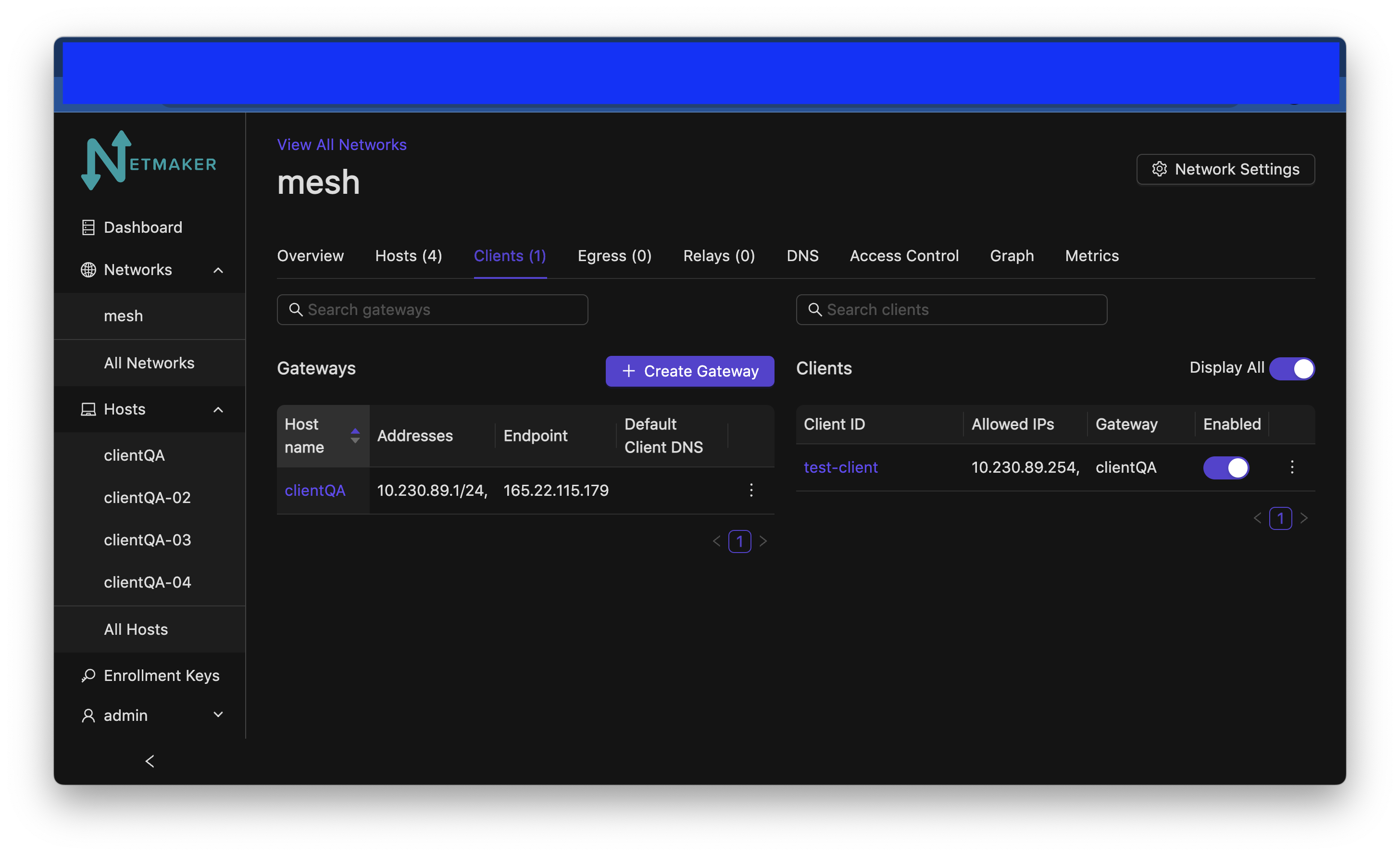 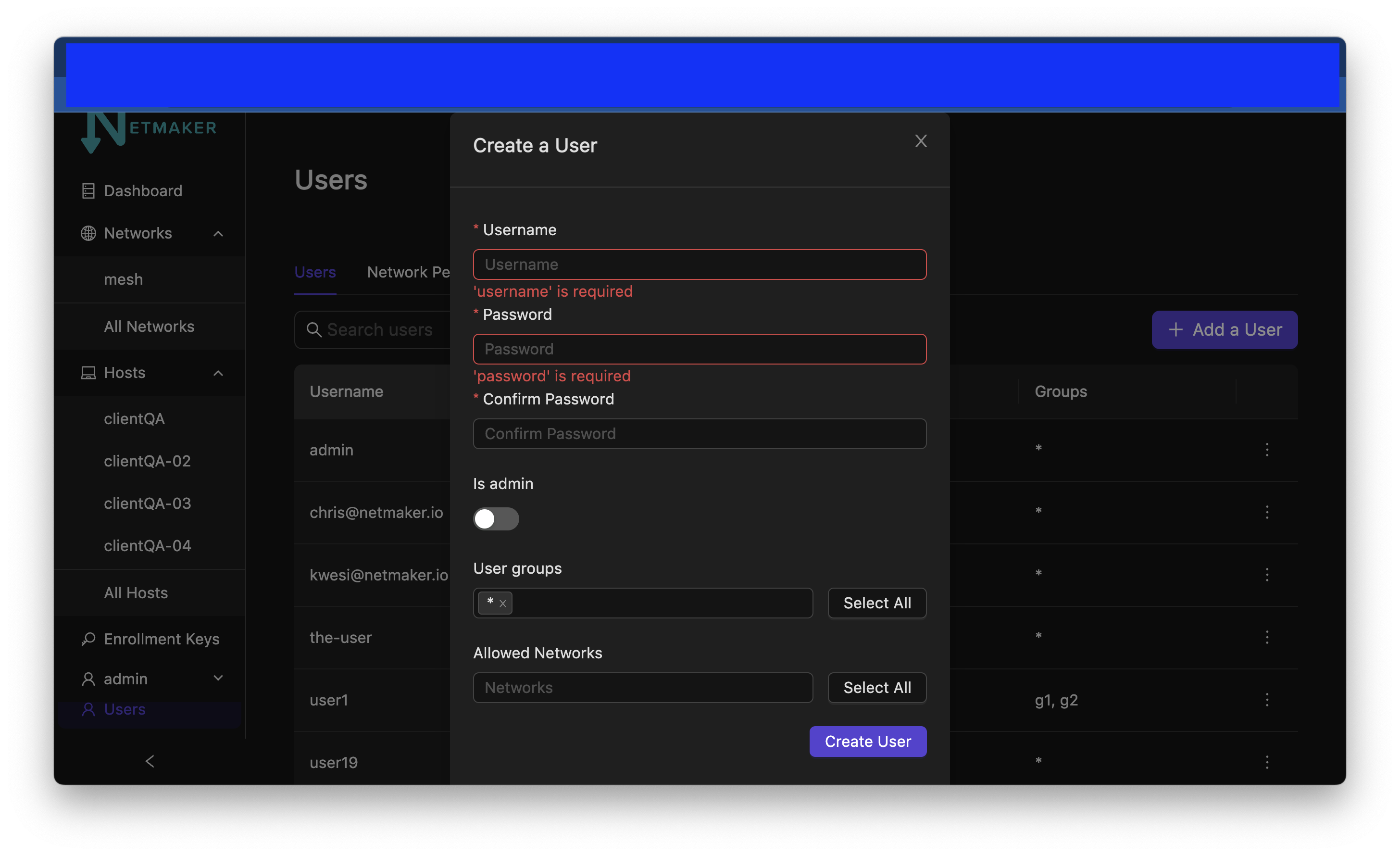 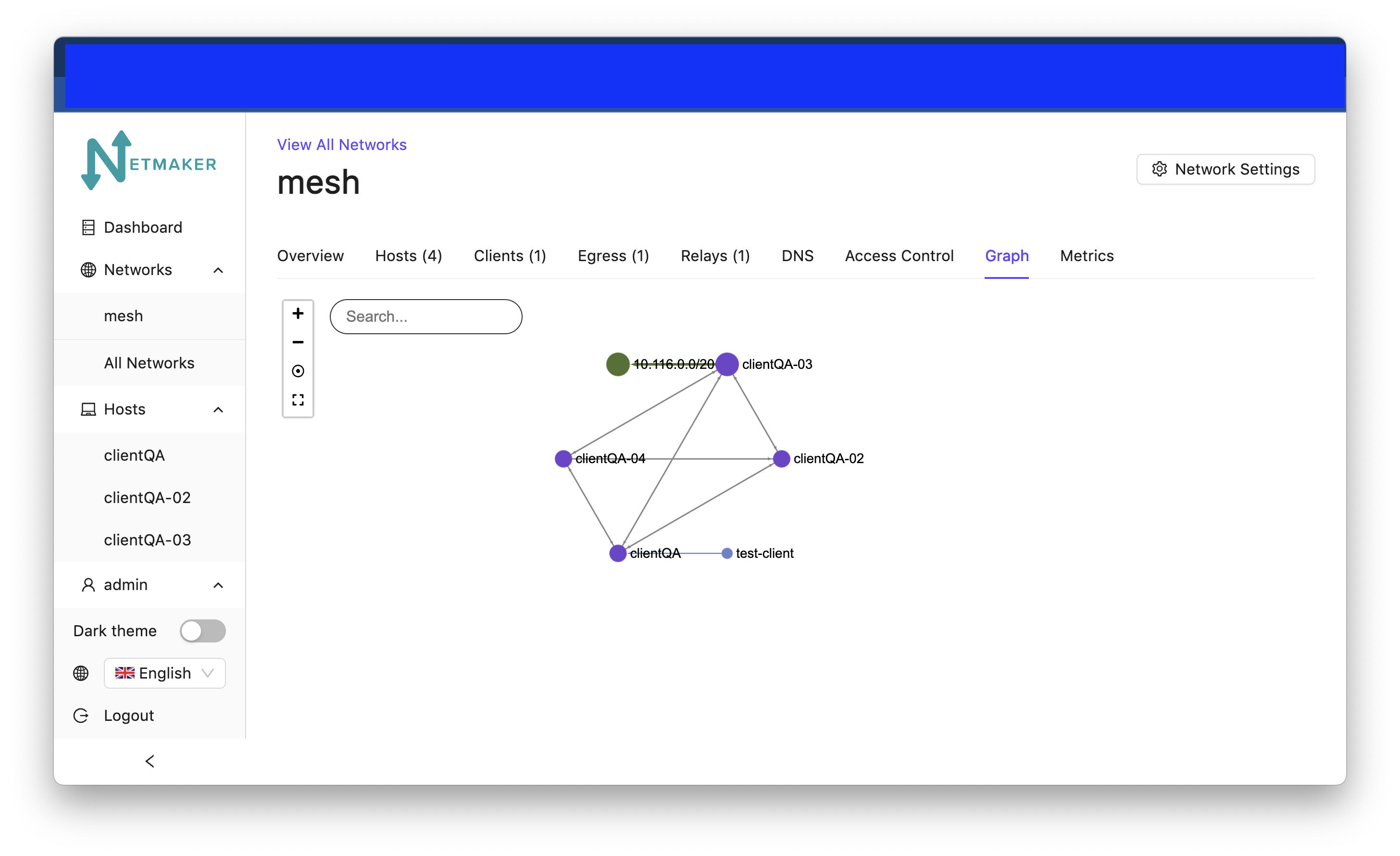 View all nodes in your network, zoom in, zoom out, and search for node names. A legend is on the side to identify each node status / configuration.